What’s triggering your IBS? Here’s why you may need to get a Food Intolerance test!

IBS, or Irritable Bowel Syndrome, is a common condition which affects around 10-20% of the population and causes bloating, stomach cramps, diarrhea and constipation. While it’s not usually considered serious, it can still cause a lot of pain and discomfort for patients, and requires daily care and consideration for it to be kept under control. If you’ve been experiencing worse IBS symptoms recently, it’s important to get to the bottom of what’s causing the irritation.

Nobody really knows what causes IBS, though there are indications that stress, family history and oversensitive nerves in your gut could all have something to do with it. Some doctors think that IBS is caused by food passing too slowly or quickly through the gut. Whatever the cause, unfortunately, there’s no complete cure, but there are ways to manage the symptoms of this condition.

How can I get diagnosed with IBS?

The best way to manage IBS is to, first, see your GP. Your GP will be able to make a diagnosis based on symptoms alone, provided they reach the threshold for IBS. Additional tests, such as a stool study, an x-ray, and a colonoscopy may be needed if your doctor isn’t sure or is concerned that your symptoms could be caused by other conditions.

Which foods can trigger IBS?

Once IBS has been established, it’s then time to investigate which foods are triggering your IBS. We’re all different, and what might be a trigger for someone else may not be for you. However, there are some foods which are known to be common triggers of IBS flare-ups, including:

– Dairy, such as milk and cheese.

– Fruits and vegetables high in fructose and other short-chained carbohydrates, including apples, watermelon, peas and garlic.

– Beans and legumes, including baked beans, chickpeas, and kidney beans.

– Spicy food, such as chilli peppers.

– Cola and other carbonated drinks.

Keeping a food diary to track which foods might be triggering flare-ups is a good idea to begin with, but the most conclusive answers can often be found through food intolerance testing, a relatively new step forward in IBS medicine. Food intolerance tests can be conducted with just a small pinprick of blood and will reveal which foods you should definitely eliminate from your diet in order to vastly mitigate the symptoms of IBS.

For more information on managing IBS or getting tested, get in touch with us on 800 England.

Learn about your predisposition to diseases using a simple DNA Test

You can’t understate the importance of DNA testing. Everything that we are starts with our DNA – it decides so much about ourselves (inside and out) before we are even born. This includes a predisposition to diseases, so here’s how...

Do I need to floss? 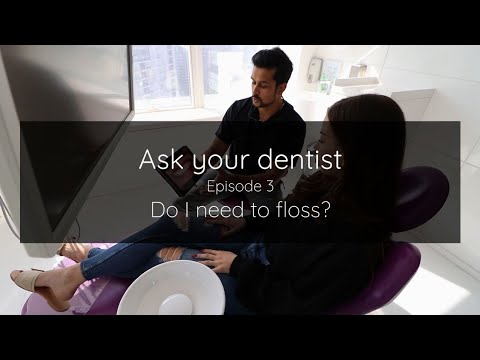 Cosmetic treatments have been growing in popularity for some years now, with the subject no longer being taboo to discuss amongst friends and family. Cosmetic treatments are personal care tools that can help you improve your appearance and self-confidence so...

The worst alcoholic drinks for your teeth

There’s nothing quite like an evening in the sunshine with a cold glass of rose or a fruity cocktail! We all like a drink now and then despite alcohol awareness campaigns teaching us about potential liver damage but have you...

3 problems that invisible aligners can fix

Invisalign’s clear, removable aligners can fix a variety of dental issues to give you a perfectly straight smile. Using transparent braces, we can achieve the results of regular metal braces without looking too bad! If you are interested in invisible...

The All England Practice
5.0

LIl Sis
07:29 02 May 19
the doctor is amazing. so caring and so precise. made me feel so comfortable, and even doing an injection was painless.. amazing experience. i definitely will be back

Robert Shaw
12:00 04 Mar 19
This was the best experience I have ever had going to the dentist. The process was so very easy and all the staff are just wonderful and helpful. Dr. Yousef was really great. I went for a cleaning and she was just lovely and made me feel extremely comfortable. It was quite fast and didn't feel any pain. I laughed quite a lot. I definitely recommend The All England Practice and I will be coming for other treatments.

Kaitlin Gene le Riche
10:23 02 Apr 19
Dr. Safiah is always so welcoming and friendly. You never feel in a rush as she always takes the time to answer your questions and gives advice on treatments that will best assist you! The whole clinic is beautiful :)

Natalie Flavin
18:55 30 Dec 18
Hands down the best clinic I've been to in Dubai. It's amazing how knowledgable each person is there and the fact that they well care of you AFTER treatments (not a given in Dubai to say the least) is a huge plus. The clinic in itself is also stunning so you instantly feel at ease and uplifted

Isabo Drexler
15:03 28 Apr 19
Great Experience! Dr. Neha Rathod is such a nice person. She is friendly, professionell and also good looking. During the whole treatment you will be informed about further steps. She is much better than our dentists in germany. We will come back! Thanks a lot!!!

Julian Hodda
09:33 25 Aug 19
Great experience with Dr Alavi. Its really comforting to know that your Doctor has been trained and worked in the US, no corners are cut, x-rays are carried out and everything was super professional with time was taken to explain next steps. I am going back and recommend to all my work colleagues and friends to go there.

Martina Castillo Ramirez
11:02 23 Dec 19
I am from holland and needed to visit the dentist here in dubai. Wow what a professional clinic! The lady from the desk was so helpful and dr. Reza is a very kind and professional dentist who took the time to help me and explained me a lot about the condition of my teeth’s. He made pictures and after he cleaned my teeth’s. No whitening needed because after the cleaning treatment my teeth’s looked very clean and white!! I can set recommend this clinic! Very good!

Sandi Sohal
15:38 07 Nov 19
First dentists visit in Dubai and it was so easy and relaxing. The fact that they do all the insurance paperwork and claim directly is a bonus too

Blair M
05:34 20 Oct 19
Many people don’t like visiting the dentist. Clearly they haven’t been to Dr Rez. With mixed experiences of the Dubai medical system I put off a visit to the dentist for two years. I’m so glad I went to see Dr Rez on a friend’s recommendation. US trained Dr Rez instantly put me at ease with his friendly professional manner and great advice. I was so happy with the service I went back a second time for a teeth whitening and am amazed with the results.

Alexander de la Os
08:35 29 Jul 19
Great experience with the dentist Dr. Alavi, super professional, every step was explain and post treatment recommendations were given. Very happy about the results. You also get Netflix shows on the screen in the ceiling while doctor is working on your teeth, the clinic has one of the best facilities I have seen in Dubai.
See All Reviews

Join us for our Invisalign Day on Saturday 15th Feb and take advantage of: